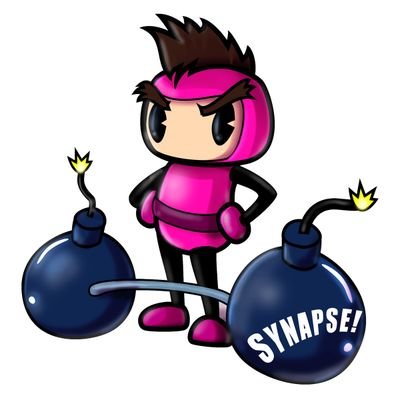 Hola Synapse vatos!  It’s been a pretty wacky week since Oly Guacamole’s first official meet, and I must say, I am still very happy with how the Oly Guac crew performed.  Since the club’s inception, way back in mid-2016, the crew has put in some serious work.  Yes, I did actually register the name Oly Guacamole with USA Weightlifting.
The Oly  Guac crew trains for about two and a half hours four times a week, and do not participate in regular Crossfit Synapse programming.  Oly Guac’s primary focus is on optimizing and strengthening two lifts: the snatch and the clean and jerk.  Now, I know what you may be asking yourself, and the answer is no, they do not spend two and a half hours on snatches and clean and jerks; that would be awfully boring and counterproductive.  There is great emphasis on strengthening supplementary lifts like squats, presses, and deadlifts, and on accessory work like gymnastics strength training and conditioning. Needless to say, we spend a lot of time together and we’re definitely family.

So, besides getting the privilege of hanging out with me for several hours, what’s the point of all of this training?  Well, they get to perform at local USAW sanctioned meets and have an opportunity to qualify for national level meets, such as the American Open Series, the American Open, and Nationals.  We have such a young team, and I am so proud of how they handled themselves and performed.  If you think you hate snatches now, try performing them on a large platform with three judges directly in front of you, and a large silent audience staring directly at you.  Oh, and you only get three opportunities to hit your best lift.  Trust me, this can be pretty nerve racking.  Hell, I get very nervous just watching.

We had seven ladies participate in this last meet, yes, seven ladies, god help me, with four of them qualifying for the American Open Series, and all within striking distance.  As of right now, we are preparing for the American Open Series III event in Michigan this September.  We were originally planning for Reno, but the timing just wasn’t quite right.  This new event will give us a lot more time to improve our strengths, address our weaknesses, give a few others some extra opportunities to qualify, and of course participate in a few local meets along the way to gain experience.

Seems like smooth sailing, right?  Well, not always.  In May, we finally decided to implement the changes in our technique and programming philosophy we had been ironing out for months.  Now, as many of you know, change is never easy, even if it will result in your benefit; hell, especially if it’s for your benefit.  With these changes  of course came frustration, confusion and, honestly, sometimes anger.  But the Oly Guac crew don’t give no shits and rolled with it.  The changes were ultimately positive, everyone has seen drastic improvements in technical proficiency, strength, and overall mood.  Everyone is lifting better, moving better, looking better, and most importantly, feeling better.

Now, the change was not just difficult for them.  We had to unlearn and relearn methodologies, create more individualized programming, and had to be more attentive and had to be capable of making programming modifications on the fly.  This does require a lot more work and can be very tiring, but hey, it’s totally worth it.  Things could have been infinitely more difficult, but the Oly Guac crew and the Synapse family have a way of making everything less difficult and more fun.  It has been a fun time watching this rag tag crew, consisting of Swolechachos, Tostadas, Taquitas, and Flautas grow into a tight-knit, yet very welcoming and friendly part of the Synapse family.  I could not be happier.

Get started with a Free Class! We have flexible membership packages to suit all levels of training to help achieve your fitness goals!